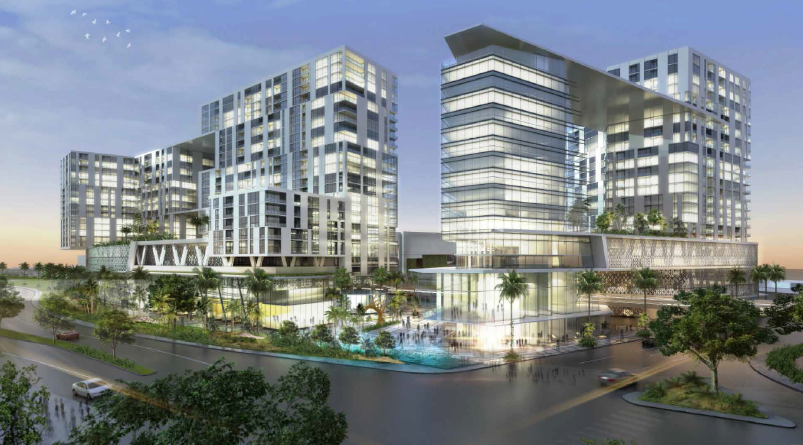 The Adler Group and 13th Floor Investments will get the first crack at negotiating an agreement with Miami-Dade County to build a major project at the Douglas Road Metrorail Station after its proposal earned the highest grade by county staff.

Both Adler/13th Floor and the Related Group responded to a request for proposals to construct a transit-oriented development project on the 7-acre site and make improvements to the rail station. By earning the higher grade, Adler Group and 13th Floor can work towards making a deal with county staff that would ultimately need to be approved by the county commission.

“The county’s proposed Douglas Station project would be a significant step forward for improving interconnectivity throughout the region,” the 13th Floor/Adler team said in a statement. “Our team would be privileged and honored to be selected for this endeavor, however we respectfully decline comment until the procurement process has concluded.”

The Related Group’s proposed project had less square footage and a lower minimum lease payment to the county, although it promised a greater value in improvements to public property.

“While we do believe that the competing project did not follow all of the design requirements of the RFP and exceeds certain applicable zoning restrictions, we do not intend to get in the way if the county chooses to make exceptions to these and move forward with the other proposal,” said Steve Patterson, head of Related Group’s multi-family division. “I only regret we invested so much in a compliant proposal without knowing the rules could be changed. We look forward to seeing great improvements to the Douglas Road Metrorail Station as a result of this redevelopment effort.”

Dubbed the Link at Douglas Road, the 13th Floor/Adler project would have 970 residential units, a 150-room hotel, 70,000 square feet of retail, and 1,736 parking spaces. This would be implemented over four phases, with completion expected in 2023. It was designed by Stantec.

The 13th Floor/Adler proposal would pay the county the greater of $375,000 per year or 3 percent of gross revenue, the latter payment estimated at $1.2 million once the project is stabilized in 2023. In addition, the developer would make $12.75 million in public improvements, including the renovation of the Metrorail station with new escalators, new elevators and bus terminals, a pedestrian plaza, 350 parking spaces for transit riders and a linear park.

The Link at Douglas Road would total 940,810 square feet with an estimated assessed value of $189 million. It would create 175 direct jobs. 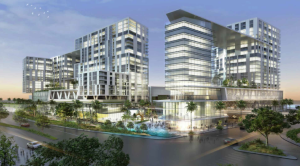 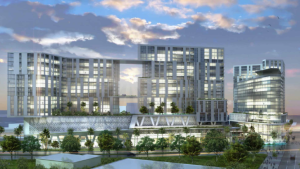 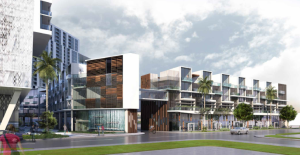 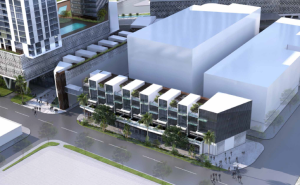