The developer of the Margaritaville Beach Resort in Hollywood got a boost to its construction loan as the project nears completion.

Bank of the Ozarks (Nasdaq: OZRK) recently added $19 million to the mortgage it granted the project in 2013 to bring the loan up to $54.6 million. Given that it’s been described as a $147 million project, the loan constitutes about 37 percent of the project cost. 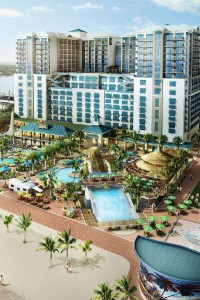