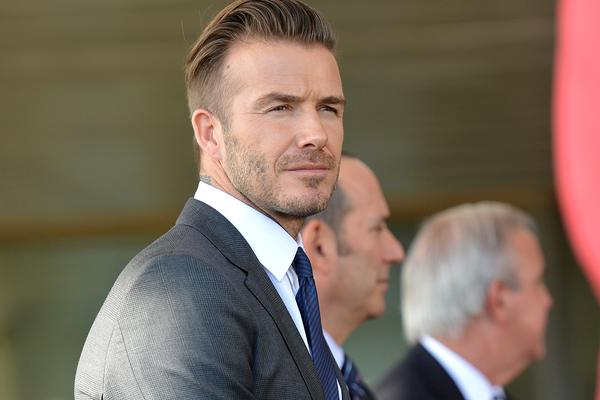 David Beckham could be encouraged by the Miami-Dade County Commission to build a Major League Soccer stadium on the site of the former Orange Bowl.

The retired soccer star exercised his option to start an MLS franchise in 2014 and he’s been seeking a site in Miami, but so far hasn’t found a suitable location. Beckham’s proposals for sites at PortMiami and a boat slip in Bicentennial Park didn’t pass muster with the county’s political leaders.

Now some officials at the county want Beckham to go west, away from the downtown skyscrapers and the waterfront, and choose some of the most hallowed sports ground in Miami. A pending county resolution calls for the county administration to negotiate with Beckham to build the MLS stadium on part of the old Orange Bowl site.

“Miami Beckham United appreciates the support put forth by Commissioner Barreiro and his fellow commissioners,” the Beckham group said in an emailed statement through a spokesperson. ” David [Beckham], Marcelo [Claure] and Simon [Fuller] are committed to bringing a Major League Soccer club to Miami-Dade County, and we’re still working toward that goal. While the prospect of building a stadium near the site of the former Orange Bowl is of interest, a number of viable options are on the table. In the end, our goal is to identify a stadium site that meets the needs of our fans, our club and the league.”

Within the past year, officials at MLS said they would rather be downtown than near Marlins Park.

Most of the property was used to develop Marlins Park, in a controversial deal with the majority of funding from taxpayers. The county still owns a vacant 2.75-acre lot on the west side of the stadium, plus a one-acre parking lot across the street.

While that site seems compact for a stadium, it could utilize the 5,700 parking spaces in neighboring Marlins Park.

County Commissioner Bruno Barreiro sponsored the resolution. The item will be heard by the county commission’s Economic Prosperity Committee on Feb. 12. It could go to the full county commission on March 3.

Barreiro said Beckham’s group did not approach the commission asking for this property. He hasn’t spoken to them recently. He said he’s been pitching this site to Beckham’s group from the beginning.

“It is important to put something in writing and make it formal to let them know we are here, we are serious,” Barreiro said. “This is the site that has all the things they are looking for. It’s close to downtown. I the infrastructure, the improvements to the site already made by Marlins Park. It’s the path of least resistance.”

The resolution says that no county funds would be used to construct the stadium. Beckham’s representatives have not requested county or city funds for construction. Barreiro said several smaller properties would probably have to be acquired to make the site work.

However, there could be another source of county funds that supports the stadium project. A second Barreiro-sponsored resolution calls for the county to study the creation of the Orange Sports Complex Community Redevelopment Area.

A CRA captures the increase in property tax value in an area and distributes it through a government agency for projects in the neighborhood. They are supposed to be located in areas designated as slums or blighted.

This Orange Sports Complex CRA, which would span from Flagler Street to Northwest 22nd Avenue to the Miami River, would fund the acquisition of “any parcels necessary for the construction of a dual purpose stadium (MLS soccer/UM [University of Miami]” plus the construction of a people mover from Government Center to the stadium, the memorandum states. Those would be the only two projects by this CRA.

“Why not loop tinto Little Havana and bring the people mover straight to Marlins Park?” Barreiro said. “If you look at the Omni Loop and the Brickell Loop, they were also funded by TIF [tax increment financing] from CRAs.”

Barreiro is pushing UM to return to the Orange Bowl site. However, UM has about 18 years left on its lease at Sun Life Stadium in Miami Gardens. Barreiro said he hopes UM would consider it because of the site’s historical significance as the home of college football national title games, Super Bowls and many UM victories.

The real estate tax bill on the MLS stadium could count towards the potential CRA. Most CRA have projects aimed to help residents and small businesses in their neighborhoods.

Supporting a soccer stadium is not an appropriate use of a CRA, said attorney Frank Schnidman, executive director of the Center for Urban and Environmental Solutions at Florida Atlantic University and an expert on CRA law. CRAs are supposed to develop housing for people of low or moderate income, he said.

“This is simply looking at any possible pot of money to fund a politically popular project, and to divert general fund real property tax dollars from funding basic services to subsidizing rich investors who said they wanted no subsidy from government,” Schnidman said. “If the CRA would have only two purposes – buy extra land and a build a people mover – then it legally would not qualify under the law.” 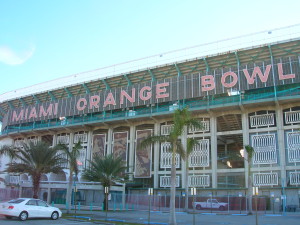